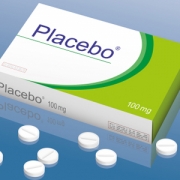 The gold standard of “evidence based medicine” is the placebo controlled trial.

There are three problems with this evidence.

Was the placebo mentioned in the trial? Any trial failing to specify the placebo would be invalid – it could be around 90% of trials.

Another troubling aspect of placebos is the “placebo washout”. All intended participants are given the placebo and responders eliminated from the trial prior to its commencement. This may have occurred with a majority of trials.

A medicine is used because its efficacy is “proven by evidence”. However many natural substances are excluded and we are told “there is no evidence for their benefit”. How would well known and proven alternatives have compared if they were in the trial?

A vast and effective range of natural remedies is available – most have ample empirical evidence. That is, proven by observation and experience.

After all, this is how surgery is validated and accepted…

Many people are on multiple medications – this combination is the “treatment”.

If this combination or “treatment” hasn’t been trialed on this condition it has no scientific evidence to support it. Regardless of evidence for the medications individually.

It’s not unusual for a patient to be on eight to twelve different medications, some with very powerful side effects.

It happens mainly because they’ve seen a number of doctors and specialists who’ve tended to reason their best strategy is to prescribe another medication. The patient’s medications are checked to avoid drug/drug interactions and the new medication is added.

A vision for a plan with a healthy outcome is lacking. Also lacking is insight into how much of the presenting syndrome is due to the drugs.

In other words, if a person is taking eight or more medications every day, the clinical outcomes of each of those medications becomes quite unpredictable, so the prescribing physician has no idea what the drugs are really doing.

The multiple medications fail to simplify the clinical picture, they make it complex for a naturopath to manage.

A good place to start is simply to ensure adequate hydration, which would take at least 4 weeks of diligent consumption of clean, quality water with adequate electrolytes.