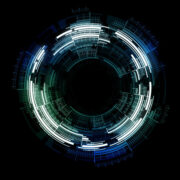 A novel concept to recently emerge in the literature is that of the electrome and it’s importance in maintaining health and wellbeing.

In analogy with the terms “genome,” “metabolome”, and “microbiome”, the “electrome” refers to the sum of all our electrical activity.

Biological electric current is not carried by electrons but by the movement of simple inorganic ions such as H+ , K+ , Na+ , Ca2+, Mg2+, Cl− and HCO3 − . It could be argued, therefore, that through their mineral content all foods have the potential to influence our electrome.

To many people, electrical phenomena in living systems still have an aura of being somewhat esoteric but in reality this electrical activity is a normal part of cellular metabolism. The electrical flow is generated through the movement of positively and negatively charged ions in and out of the cell, and within the cell. We generate electrical currents during the digestive processes, with every neuronal impulse generated, and during the process of ATP production within mitochondria. On a very basic level, this electrical activity can even be assessed through tests like electrocardiograms (ECGs) and/or electroencephalograms (EEGs).

Fundamentally, the health of the electrome is governed by the balance of positive and negative ions in the body – the balance of minerals, and acids and bases in the cells and tissues.

We should be considering the balance of minerals within the body and our acid-base balance as critical not only for nutritional health, but also for the health of the electrome.