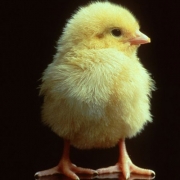 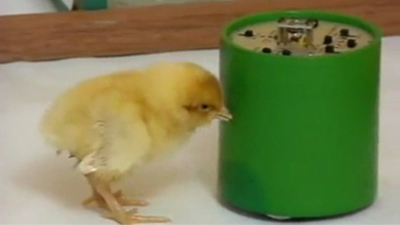 In 1986 Rene Peoc’h conducted a most astonishing experiment to show telekinesis – influencing objects at a distance by power of the mind.

He used newly hatched chicks and a specially made robot. 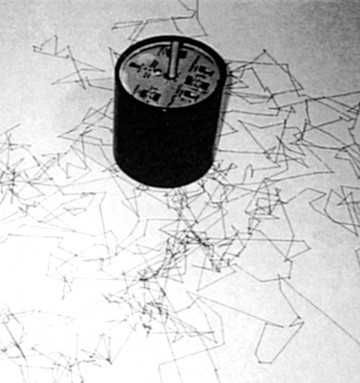 Chickens and all birds believe the first animate creature or thing they see after hatching is their parent and become closely bonded. Peoc’h introduced the newly hatched chicks to his special robot. They loved it and yearned to be close to it.

The robot could drive itself around on wheels and had a pen underneath to trace its path on paper as it moved. It had a random number generator on the steering – every every few seconds it changed direction. A large table with a low sidewall to prevent the robot falling off was covered by a sheet of white paper. The robot was placed in the centre of the table and set moving, it traced a random pattern across the table.

Peoc’h put the robot in the centre of the table and switched it on- it traced a random pattern.

Peoc’h put 15 chickens which were bonded to the robot in a small cage at one end of the table, put the robot in the centre of the table and switched it on. The chicks felt anxiety when it moved away from them, yearning for it to be close.

These chicks had a profound effect on the robot’s movement. It moved toward the chickens and stayed at the end of the table closest to them. 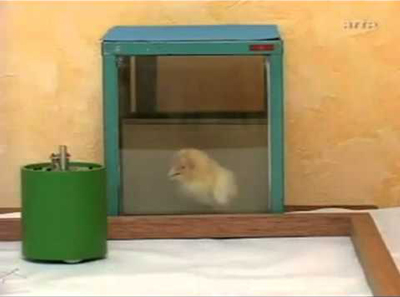 He put non-bonded chickens into the cage, the robot traced a random pattern again.

Peoc’h made the room dark and put a small candle on the robot. Even non-attached chickens would bring it closer for the comfort of the light.

When Peoc’h put rabbits in the cage they were scared of it and made it stay at the far end of the table. But when they got used to it they began to draw it near.

Peoch repeated the experiment many times, always with the same results. 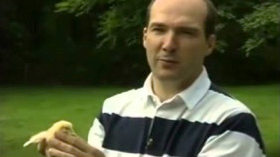 So what do we learn?

Thoughts have measurable energy, they have effect at a distance.

There is a medium through which thoughts can travel.

It is the ether, or ‘the source field’. The background energy of the universe, the source and sustainer of everything.

How healthy is your electrome?
Scroll to top