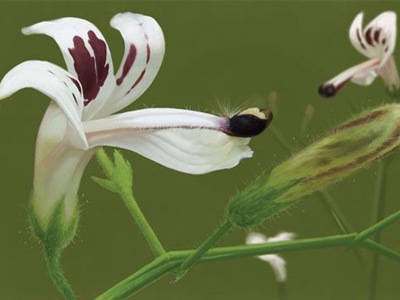 Andrographis, commonly known as the ‘king of bitters’ and ‘Indian echinacea’, is used in Ayurveda to treat gastrointestinal upsets and as immune support for bacterial and viral respiratory tract infections such as influenza, colds, pneumonia, fever, sore throats and bronchitis. Constituents in andrographis have antiviral, antibacterial and anti-inflammatory activity.

Not for use during pregnancy or lactation. If you have a medical condition or take pharmaceutical drugs please consult your doctor prior to use.

This analysis of contents is a guide only, product specific data including expiry date is with the item in the shop.

Immensely bitter (note English name, ‘King of Bitters’), supports the functions of the gallbladder which in turn supports the liver. Shown to have free radical scavenging and mitochondrial protective activity as an antioxidant, with the most affinity for the kidney and liver tissues.

Andrographis, known as King of bitters, or kalmegh in India, and Chuan-Xin-Lian in China, is a major traditional herb throughout Asia. Isolated andorgrapholides have been developed as an antiviral medicine for injections. The Swedish Herbal Institute, with the help of leading expert on adaptogens, Prof Panossian, developed and clinically tested the preparation known as Kan Jang consisting of andrographis, echinacea and eleuthero for the common cold and influenza. In the last few years there have been reports of allergic reactions to andrographis. The great majority of these have been from methanol or highly concentrated extracts (14-19:1). The TGA Safety review of Andrographis paniculata and anaphylactic / allergic reactions from 2015 provides further information, but no details of the individual adverse events reports and no conclusive evidence is provided. Pharmacological investigations have shown andrographis to have anti-inflammatory, antiallergic and hepatoprotective properties.